Plumed Prominent (Ptilophora plumigera), 2013, 71.024 is a Nationally scarce A species. It is found in scattered colonies in southern and south-east England from Dorset to Suffolk and Kent.  As the phenology map shows it is not widespread across the county and its distribution seems to follow a chalk belt. 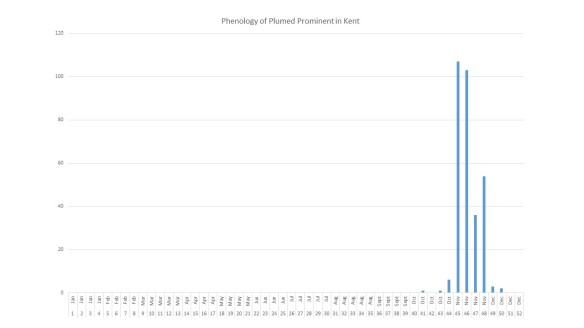 Phenololgy of Plumed Prominent in Kent